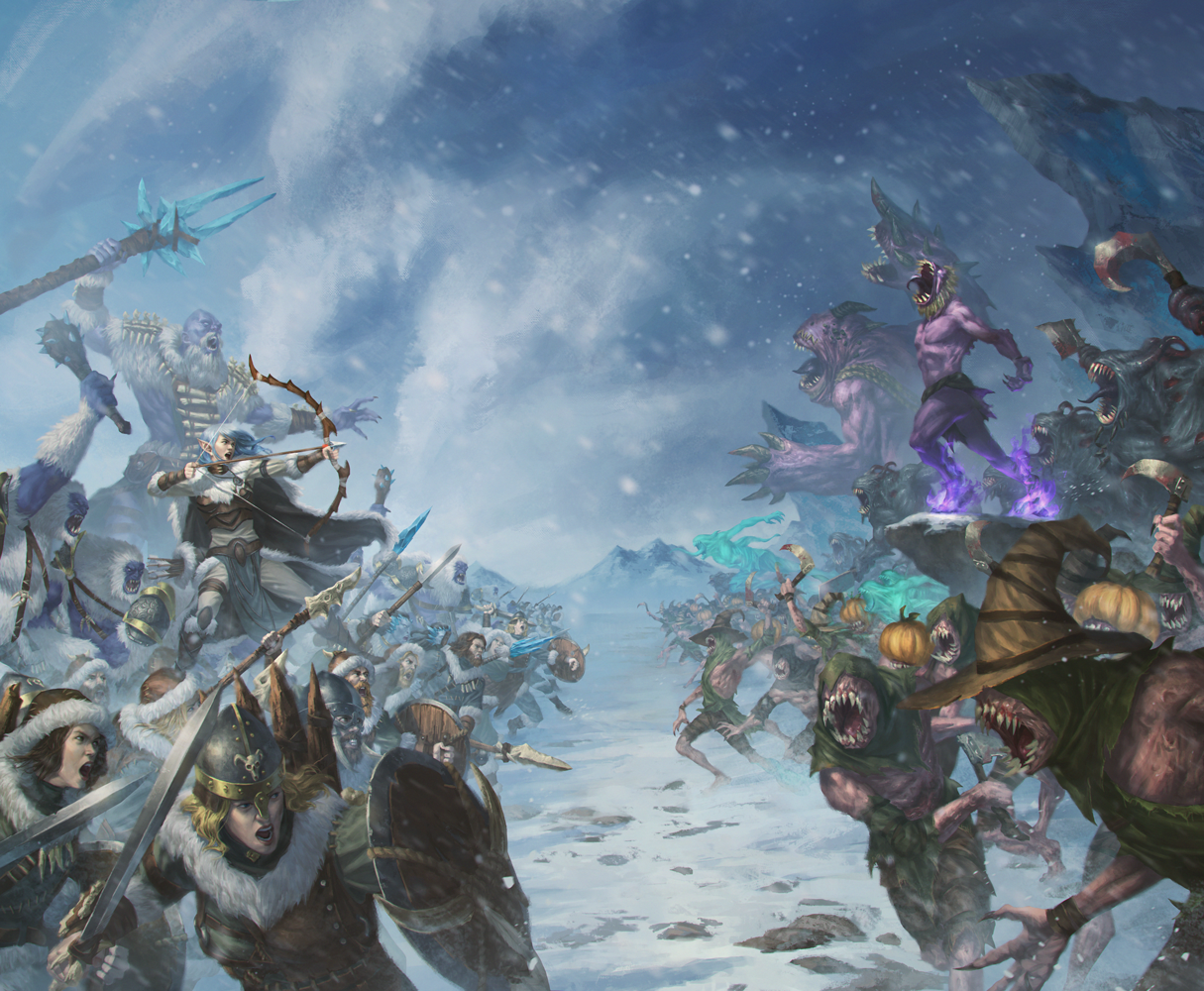 This is a six Kings of War gaming league. Where players are invited to play one “league game” of Kings of War each week. Table costs are either €5 per day or covered by membership. The initial opponnet matches will be a random draw followed by swiss rounds.

To join in all players must bring a force of models chosen from the “Kings of War Rulebook” or “Uncharted Empires”. Players are responsible for collecting and painting their own forces. Allies are permitted. There may be space for two extra players using the store armies, prizes may be deffered to players who supply their own forces.

Each week a scenario will be chosen by the Mountain Lord and made available to all players. Army lists may only be altered when the points value increases.

More rules on the PDF below
Full Rules & Scoring PDF